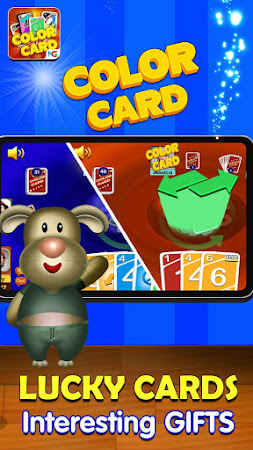 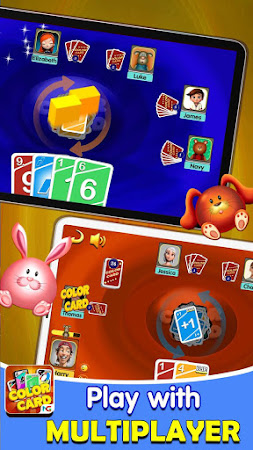 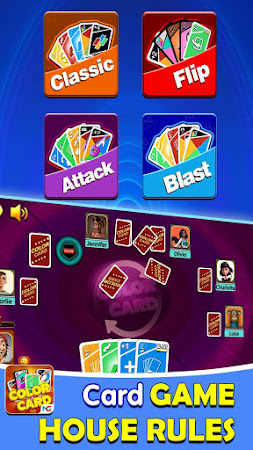 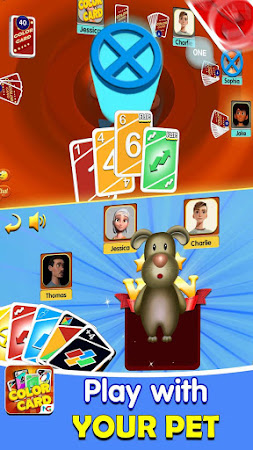 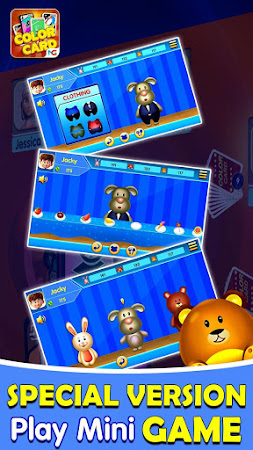 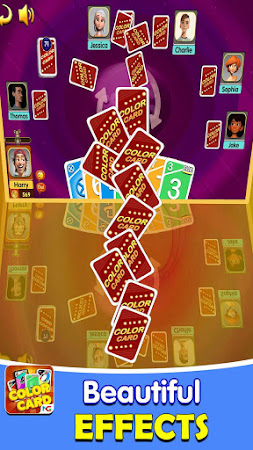 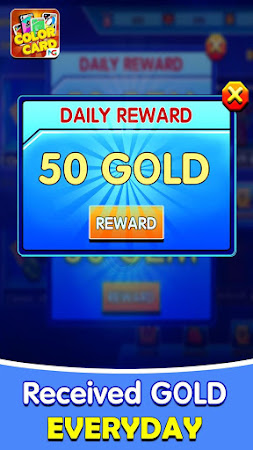 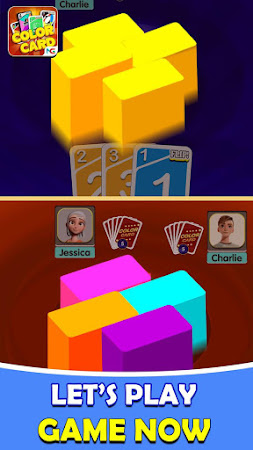 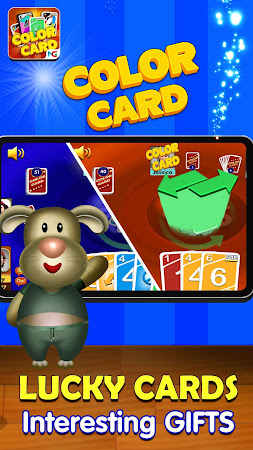 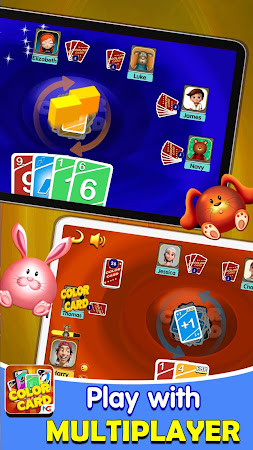 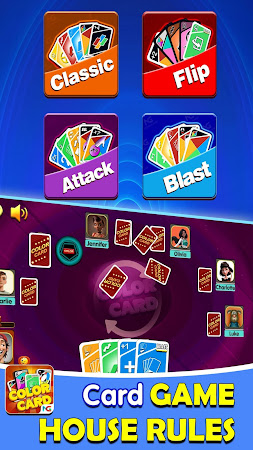 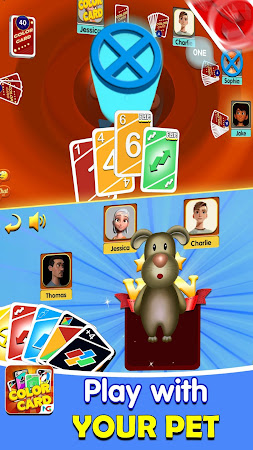 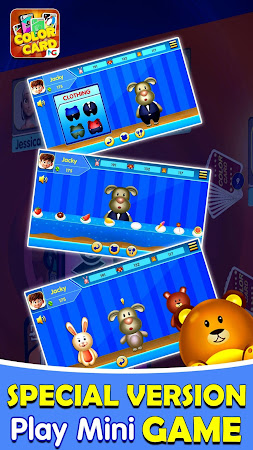 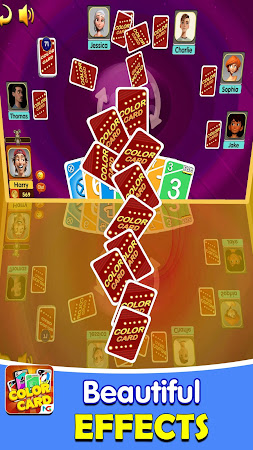 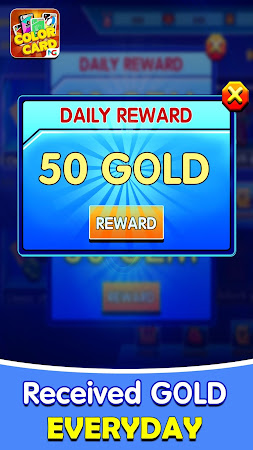 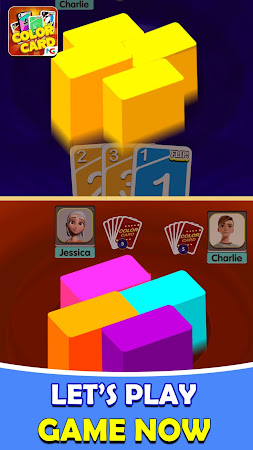 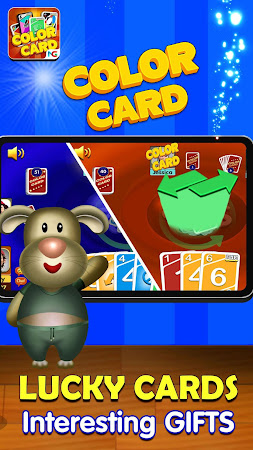 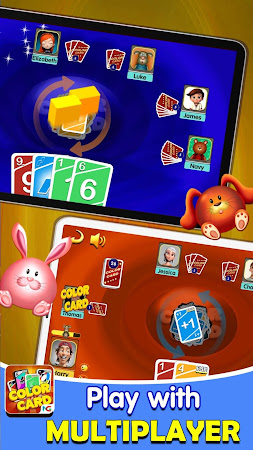 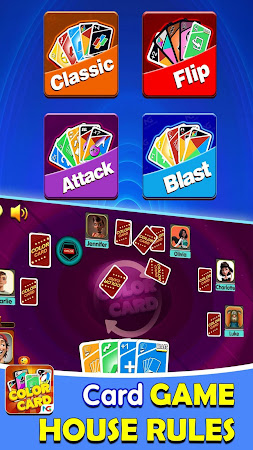 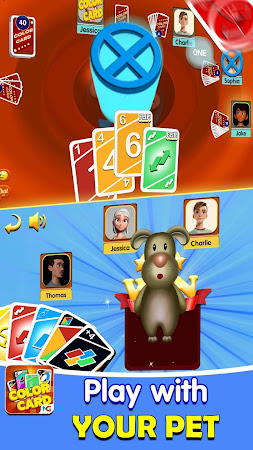 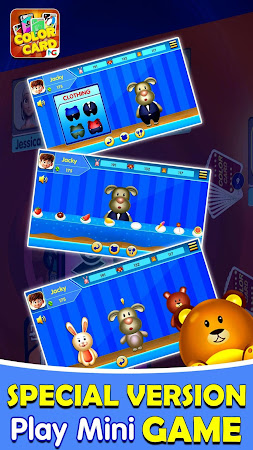 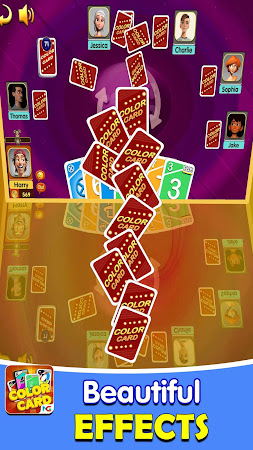 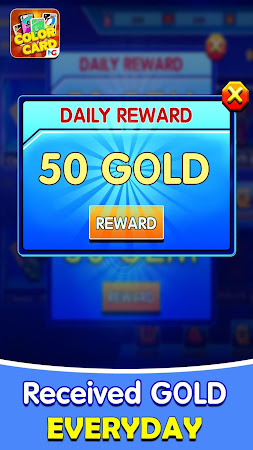 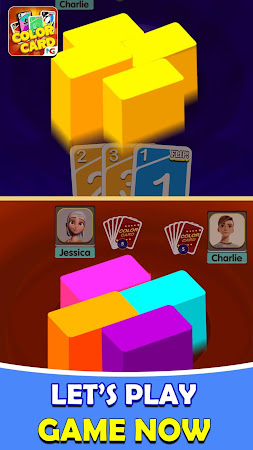 Welcome to Color Card world "Color Card Game – Play for fun", the uno cards with alot of new rules as COLOR FLIP game, COLOR ATTACK game, COLOR BLAST game,.. (we continue working for put all color cards and other custom color cards type live, giant color cards family). Different name is ONO Game (ONE Game) come from the sound when you have one color card, you must be sound out "ONO".

QUESTION & ANSWERS:
– "Whats is Color Card?" – Color Card base on original Uno cards game is an American shedding-type card game that is played with a specially printed Uno deck cards.
– "Is Color Card free?" – You must buy printed version Uno cards Walmart or some other store or just switch Color Card digital version like this.
– "Who made Uno online?" – the owner (Mattel) of Uno already release new Uno cards for online users, but we offer another Dos Card Game option!
– "Is Uno popular?" – yes, like popular as Minecraft Uno is good choice for you to play Uno with your close friends (playing uno game sometime make break friendship).
– "Can we play online Color Card?" – not yet now, Color Card online version will come soon.

WHAT BENEFIT COLOR CARD GAME?
– Color card game can play with family, can connect with others family. We can talk with others and anytime anywhere.

WHAT ARE THE RULES OF COLOR CARD?
COLOR CARD as known as a kind of the Crazy Eights card games. And know alot of version had created such as "Uno Flash", "Uno Dare", "Uno Minecraft", "Uno Game", "Uno Spin", "Dos Cards Game",…

COLOR CARD OFFICIAL RULE
– The deck of Uno consists of 108 cards: four each of "Wild" and "Wild Draw Four" and 25 each of four different colors (red, yellow, green, blue). Each color consists of one zero, two each of 1 through 9, and two each of "Skip," "Draw Two," and "Reverse" (power full uno reverse card). These last three types are known as "action cards."
– Color card game rules:
+ Play one card matching the discard in color, number, or symbol.
+ Play a Wild card, or a playable Wild Draw Four card.
+ Draw the top card from the deck, then play it if possible.
– Cards:
+ Skip (Color skip card): Next player in sequence misses a turn.
+ Reverse: Order of play switches directions (clockwise to counterclockwise, or vice versa).
+ Draw Two (+2): Next player in sequence draws two cards and misses a turn.
+ Wild (Color Wild card): Player declares the next color to be matched.
+ Wild Draw, Four/Draw Four, Wild (+4 and wild): Player declares the next color to be matched and next player in sequence draws four cards and misses a turn.

COLOR CARD ATTACK RULE
– Each set consists of 112 cards and a battery powered shooter or launcher.
– Color Attack cards: like the official rules but we have many new card.
+ Discard All: When played, this card enables one to get rid of all his/her cards that are of the same color as it. You can also play it on top of another Discard All card.
+ Hit 2: Play this card to force the next player to hit the Launcher button twice.
+ Wild Attack: If you play this card, you get to choose anyone to “attack”, as well as any color you desire.

COLOR CARD BLAST RULE
– There are 110 cards, and 2-6 people may play the game. Choose a dealer, who shuffles the cards and deals out 7 cards to each player..
– Cards of Blast:
+ Draw One: like Draw.
+ Discard Color: play this and you get to discard all cards of the same color as the Discard Color Card and place them on top of the Discard pile.
+ Wild Blast: When played, the next player must take cards from the Draw pile and insert them into the Blaster, until it triggers a blast. And after the blast is triggered, all the cards shot out must be taken by that player.

COLOR CARD FLIP RULE
– COLOR CARD FLIP plays like regular UNO, except there are two sides to the deck of cards: a "light" side and a "dark" side. You start playing with the Light Side.
+ Flip Card: everything flips from the Light to the Dark Side.
+ Draw Five Card: draw 5 cards.

This article comes from the Internet and does not representludo supremePosition, please indicate the source for reprinting：https://www.zimorodek.com/17465/color-card-game-play-for-fun-1-1-3-apk-free-card-game-apk4now/
4like